0
The ruses that Assane uses as he gets closer to exposing the Pellegrini family, including the grown daughter he knew as a teenager, Juliette (Clotilde Hesme), are slick and intrepid – the Ocean’s 11 vibe is clear. What stops them being blatantly implausible is the charismatic Sy, who shot to fame with the 2011 French…

The ruses that Assane uses as he gets closer to exposing the Pellegrini family, including the grown daughter he knew as a teenager, Juliette (Clotilde Hesme), are slick and intrepid – the Ocean’s 11 vibe is clear. What stops them being blatantly implausible is the charismatic Sy, who shot to fame with the 2011 French box-office The Intouchables. Whether steering minor hoods into unwitting supporting roles, dodging a double-cross, or posing as a tech titan, the actor effortlessly holds your attention while hitting bittersweet grace notes and smiling his way through risky gambits. 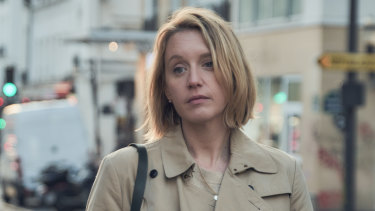 Underpinning the puzzle-box mechanism of these five episodes (a further five are due later in the year) is the racial and social divide that separates Assane and the Pellegrini clan. As a Black man he has to stay a step ahead of the police, but knows that no one will notice his audacious achievements. The show isn’t huge on developing supporting characters, but the mendacious and perpetually aggrieved Hubert is a timely villain. Watching the pieces of his downfall slot into place, like tumblers in a lock being picked by Assane, is both entertaining and satisfying.

The fact that Chuck Norris, the star of Walker, Texas Ranger had to publicly deny last week that he was present at the storming of the US Capitol (images of a lookalike were circulating on social media) are probably all you need to know about the perceptions this reboot has to overcome. Over eight seasons beginning in 1993, the stoic martial arts star’s lawman raised the American flag and dropped bad guys. Come 2021 that’s not going to be enough. 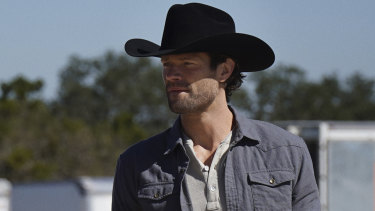 Jared Padalecki, fresh from endless seasons on Supernatural, plays the Texas Ranger now, and before the intro is over he’s wailing in grief at the death of his beloved wife. Post-intro he’s still bereft, swigging from the bottle, and has been away from his children too long. As sketched by creator Anna Fricke (Wayward Pines), this Cordell Walker has emotions.

The pilot requires Cordell to mend broken fences and occasionally break the peace, complete with a female partner, Mickey Ramirez (The 100’s Lindsey Morgan). There are no shortage of nods to the world today, but in the pilot at least none of them shifts the needle. It’s improvement by increment: the plots aren’t as corny, Padalecki can act. In many ways Walker is a show of small steps forward. 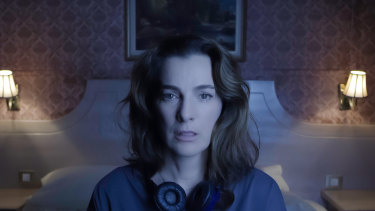 Professional hunger and personal desire get dangerously intertwined in this psychological thriller, which like the recent Tehran is an Israeli series released worldwide through Apple’s streaming service. Alice (Ayelet Zurer) is a successful filmmaker who’s been side-tracked by raising a family, but when she meets a young screenwriter, Sophie (Lihi Kornowski), her interest in returning to work and bonding with her new protégé becomes obsessive. The echoes here include Fatal Attraction and even The Player, but focusing the power dynamic on two women gives the building menace a fresh perspective. 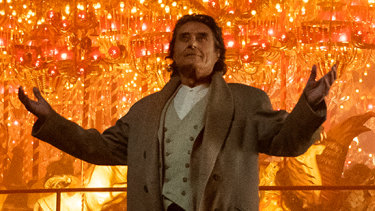 Returning with weekly episodes, the third season of Amazon’s former fantasy flagship continues to try and find a sustainable series in the rhapsodic breadth of Neil Gaiman’s 2001 novel of the same name. Each season has had a different showrunner, which is testament to the struggle to move past baroque excess in telling a story about the clash between the ancient and modern gods. Gaiman himself has become more directly involved, but the key presence in front of the camera remains Ian McShane – whatever the mood, the veteran British actor’s ability to bestow a juicy heft on a monologue remains undimmed.

The End of the Storm
DocPlay 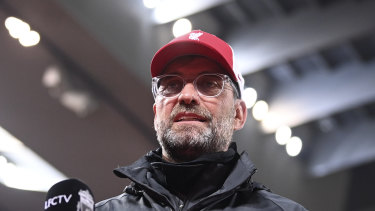 It’s hard to get too excited about an authorised documentary about a professional sporting team’s success – few screen vehicles are more scrubbed clean of controversy or inoculated against surprising revelations. That’s mostly the case with the celebration of Liverpool’s dominant and drought-breaking victory in the 2020 English Premier League, but what the film does have is the club’s German manager Jurgen Klopp, a gifted tactician and masterful motivator who can’t help but evince genuine passion for the club, city, and game whenever he starts talking. Liverpool fans will enjoy this triumphant summation, but any football follower would find Klopp informative.

The History of Swear Words
Netflix 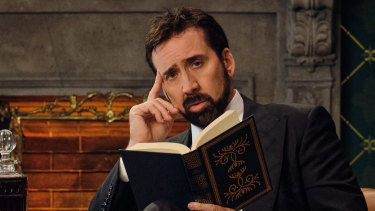 Not surprisingly this succinct documentary series about the linguistic lineage and changing relevance of expletives comes with an MA rating for “strong coarse language”. Hosted by actor Nicolas Cage, who sets the agenda by dropping f-bomb laden lines from Hollywood movies at the top of the first episode, this is an amusing but slight history lesson, complete with animated segments, that has no intention of contributing to the swear jar. It’s informal, but the guest comedians add a bracing edge and this show is at its best when the social power of swear words – especially when they’re appropriated and redefined by minorities – is charted.

*Stan and this masthead are owned by Nine.

Craig Mathieson is a TV, film and music writer for The Age and The Sydney Morning Herald.

Most Viewed in Culture