‘Bridgerton’ is an immaculate escape from reality

0
Welcome, dear reader, to the enticing world of “Bridgerton.” Everyone is dressed to the nines with somewhere to go. Whether it’s innocently taking tea with friends or becoming embroiled in a romantic scandal, the characters in this drama have much more exciting ways to spend their time than we do as we wait for a…

Welcome, dear reader, to the enticing world of “Bridgerton.” Everyone is dressed to the nines with somewhere to go. Whether it’s innocently taking tea with friends or becoming embroiled in a romantic scandal, the characters in this drama have much more exciting ways to spend their time than we do as we wait for a vaccine and dream of the future.

“Bridgerton” follows the Regency-era aristocratic Bridgerton family on their quests for love and self-discovery. The first season, now available on Netflix, centers around the oldest Bridgerton daughter, Daphne, as she enters her first social season in pursuit of a husband.

Produced by the skillful Shonda Rhimes and set against the backdrop of England’s opulent historical sights, “Bridgerton” is a gorgeous piece of work. Alongside memorable writing and performances, each frame of the show is crafted to be a feast for the eyes. Each swishing skirt and spiral staircase is designed to have the audience dreaming of a more beautiful world.

We follow the elegant young men and women of the British aristocracy as they navigate society in search of the perfect spouse. An enigmatic, gossip-girl-like scandal sheet writer, Lady Whistledown (voiced by Julie Andrews), narrates the drama and shapes the opinions of society as the season progresses, sealing fates and wreaking havoc. After being deemed an early failure by Whistledown, Daphne’s marital prospects plummet. To take matters into her own hands, Daphne enters into an arrangement with her brother’s best friend Simon, a duke. The deal is that Simon and Daphne will pretend to be in love so that eligible suitors will flock to Daphne and women will stay away from Simon. We can only imagine how this will end up.

As we follow Daphne and Simon to balls, picnics and strolls through the park, it becomes evident that “Bridgerton” is in no way trying to reflect the reality of life in the year 1813. Every moment is curated to create a sense of escapism for the watcher. The people are too pretty, the streets too clean. In every shot, the lighting is complimentary, the outfits are decadent and the dialogue is clear and confident. “Bridgerton” allows us to look into a world that doesn’t exist and never existed. There’s no sense of realism in the show, and that’s exactly what makes it so good. 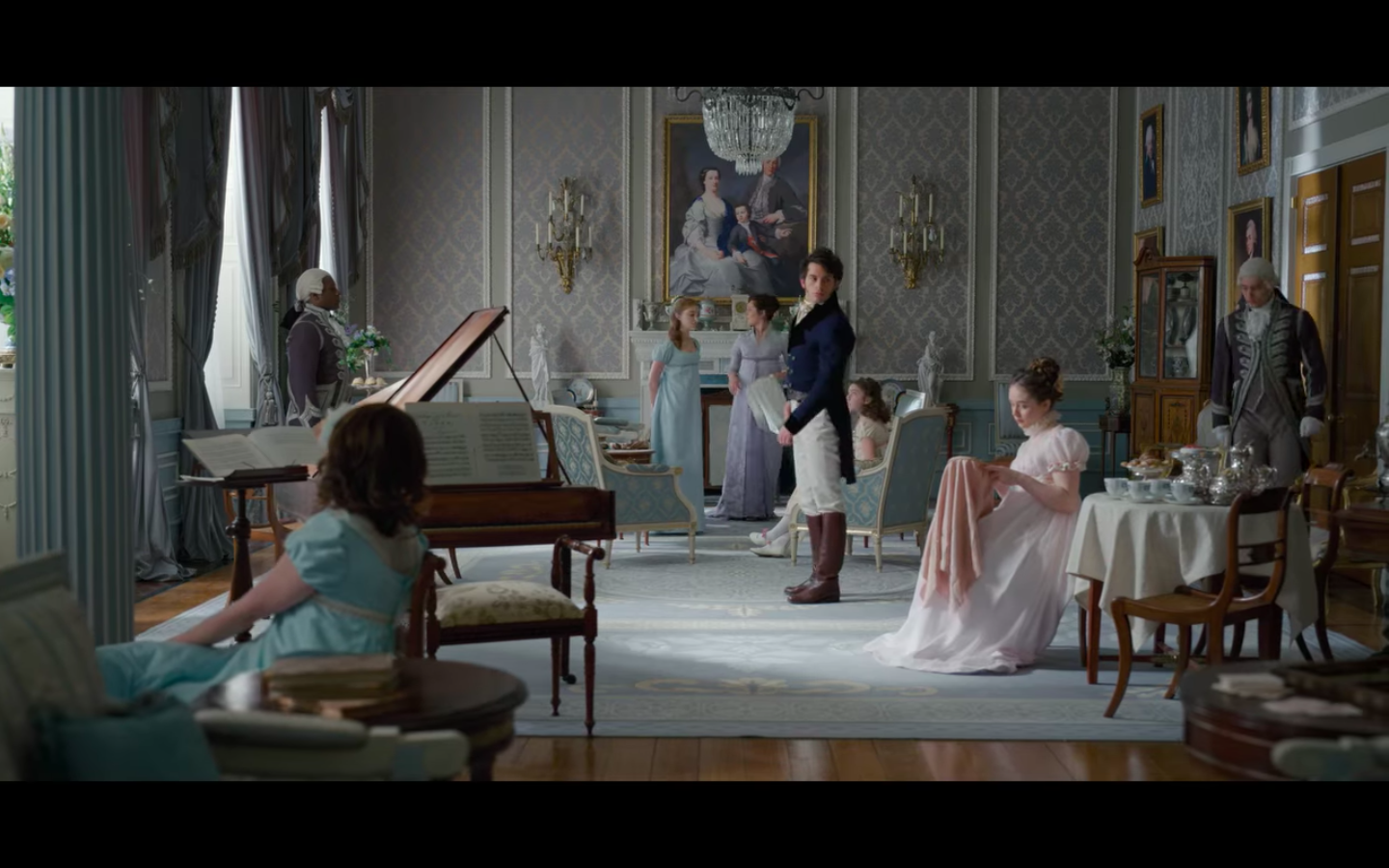 “Bridgerton” is completely detached from the problems of the real world. It stands in stark contrast to the harsh, hyper-realistic depictions seen in other big-budget period dramas such as “Outlander” or even “The Crown.” In one scene, two upper-class women venture into the poor part of town. “Look at the children,” one of them says, pointing to a singular beggar boy sitting on the street. This is the only glimpse we get into the lives of the less fortunate, and even then, it doesn’t look that bad. The people’s faces are clean and there are no dirty, smelly crowds in sight.

“Bridgerton” also seeks to freshen up the Regency-era romance genre. Based on a series of novels by Julia Quinn from the early 2000s, “Bridgerton” doesn’t shy away from bringing up the subjects modern audiences care about seeing, such as sex, gender and race. The show creators purposefully brought sex, gender and race to the forefront of the show in order to catch the eye of their intended audience. Deliberately casting non-white actors and prepping sex scenes like stunts, show creator Chris Van Dusen sets “Bridgerton” apart from the Jane Austen adaptations that have set the trend for media set in this period of British history.

However, depictions of racism are rarely seen. No one is surprised to see Black people mingling with white people, and nobody balks at the thought of Daphne Bridgerton marrying the clearly Black Simon. The implication is made that everyone has recently begun accepting Black people as equals in the aristocracy. So even though seeing some color on screen is refreshing, race in “Bridgerton” barely reflects the real world and history. Sexism throughout the series is clear, and the lack of avenues for women to take power remind the audience that it is, in fact, 1813. The lack of issues for non-white people in society stands in stark contrast to the struggles women are seen facing in every episode. Why did Van Dusen choose to create a universe where racism is gone but sexism is strong? 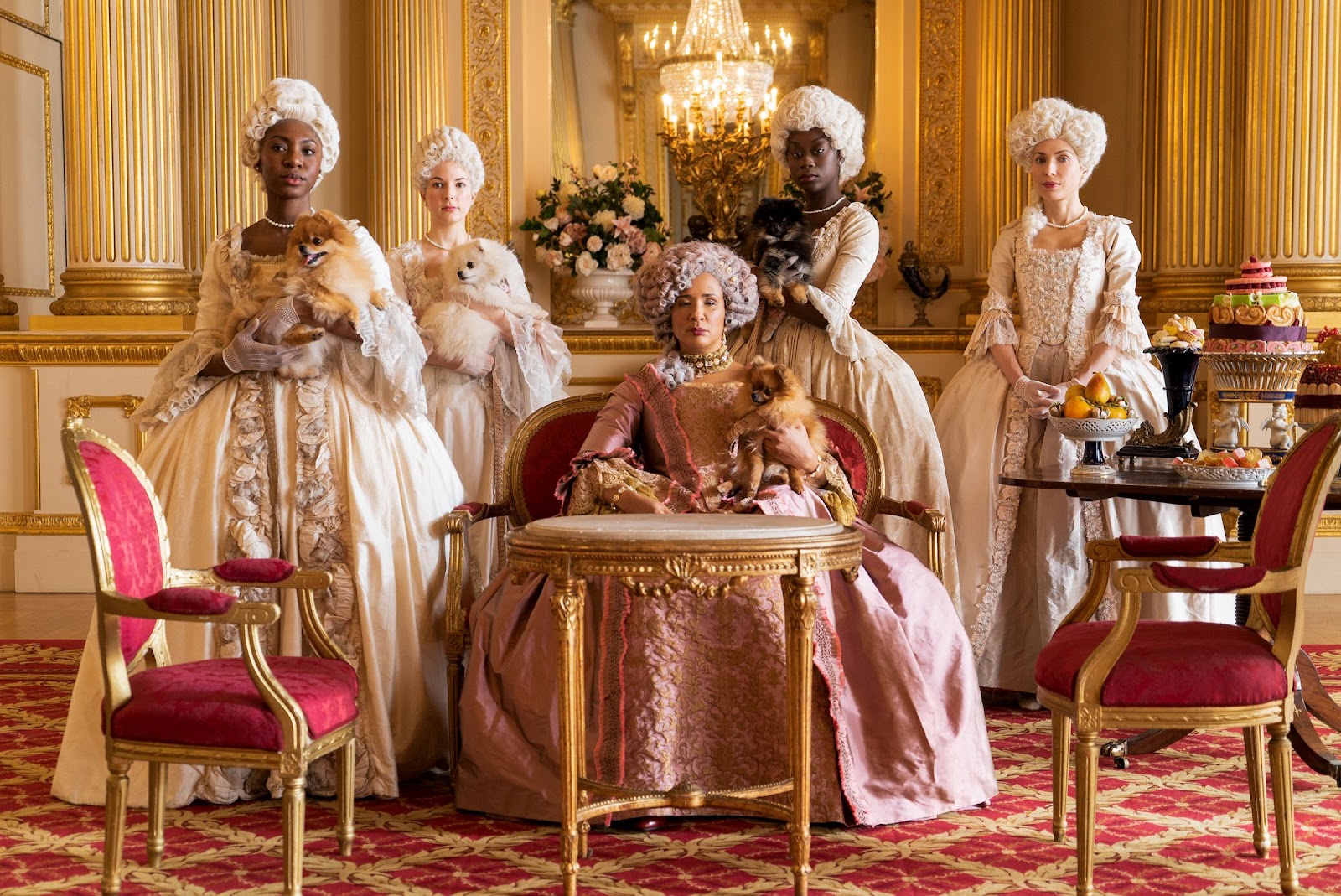 Yet another somewhat magical aspect of the show is sex. While “Bridgerton” was in production, there was immense speculation on how the show would manage sex scenes. The source material kept sex central to the story, cementing the place of steamy scenes in its adaptation. These scenes are kept tasteful but do not realistically portray sex. Like every other element of the show, sex on “Bridgerton” is too good to be true. It’s clean, sexy and thoroughly pleasing.

“Bridgerton” is beautiful through and through. Every piece is staged to be as fun to watch as possible. Every glittering sequence reminds the audience of how television is larger than life — and larger than reality. If you’re looking for a gritty historical drama, dear reader, “Bridgerton” may not be for you. But if you want to escape your mundane coronavirus-ridden life, the delectable world of this series’ London society is sure to quench your thirst.