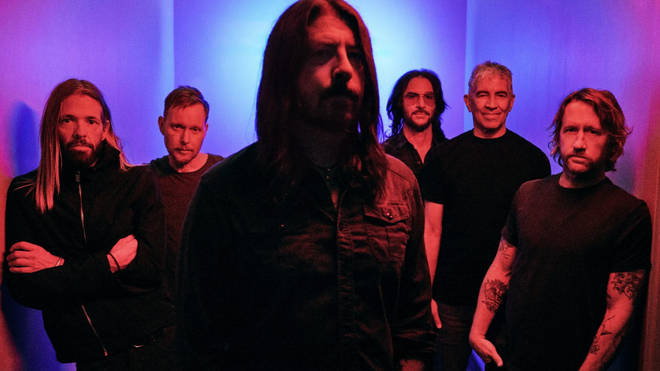 Foo Fighters will launch a radio station to coincide with their 10th studio album.

Dave Grohl and co will launch Foo Fighters Radio, which will be on air for two months to coincide with their 10th studio album.

Foo Fighters are set to launch their very own radio station to mark the release of their Medicine At Midnight album.

Dave Grohl and co will start the limited-run Foo Fighters Radio on SiriusXM, which will air from 3 February until 4 April 2021.

Programming will include a special track-by-track premiere of their 10th studio album, which will air at Midnight, Eastern Time (5am UK time) on 5 February- the day the album is released.

The band are also giving the chance for 20 lucky US fans to attend a special virtual performance, live from the SiriusXM Garage.

Foo Fighters Radio will also feature the band giving “insight into their new album and the stories behind some of their biggest songs”.

It will also feature a weekly series of live gigs from the band’s vaults, starting with their 2018 performance from the Concrete and Gold tour at Manchester’s Etihad stadium.

It’s not the only thing the band have launched to coincide with the release of their forthcoming record.

Earlier this month they announced that they were set to release a special sake drink, joining forces with Japanese brand TATENOKAWA on the alcoholic beverage, which they named HANSHO.

Taking to Instagram, the Learn To Fly rockers explained: “To commemorate the release of “Medicine At Midnight”, Japanese sake brand “TATENOKAWA” that produces top quality Junmai Daiginjo sake has collaborated with Foo Fighters. Based on the preference of the sake-loving band members, TATENOKAWA has specially created two types of Daiginjo sake. Please enjoy “HANSHO (Midnight)” while listening to the new album.”

See their drink bottle in all its glory on the official Tatenokawa website.

If that’s not enough excitement for their fans this month, the band also dropped the official video for their Waiting On A War single, which Grohl revealed was inspired by his childhood fears and a conversation he had with his daughter Harper.

Watch the official video for Waiting On a War here:

The Foos frontman took to Twitter to share the story behind the song in a post, which began: “As a child growing up in the suburbs of Washington DC, I was always afraid of war. I had nightmares of missiles in the sky and soldiers in my backyard, most likely brought upon by the political tension of the early 1980’s and my proximity to the Nation’s Capitol.My youth was spent under the dark cloud of a hopeless future.”

He continued: “Last fall, as I was driving my 11 year old daughter to school she turned to me and ashed, “Daddy, is there going to be a war?” My heart sank in my chest as I looked into her innocent eyes, because I realized that she was now living under that same dark cloud of a hopeless future that I had felt 40 years ago.

“I wrote ‘Waiting On a War” that day.

“This song was written for my daughter, Harper, who deserves a future, just as every child does.”

See the tracklist for Foo Fighters’ Medicine At Midnight: