‘Helstrom’ Review: Hulu Horror Show Is One of Marvel’s Worst in Years

“Helstrom” is a horror show without any scares and a family drama that lacks engaging characters.

“Helstrom” is a horror show without any scares, as well as a drama constrained by unconvincing acting and underwritten characters. As the darkest Marvel Cinematic Universe television show to date and the last to premiere outside the family-friendly Disney+ for the foreseeable future, there was reason to hope that “Helstrom” and showrunner Paul Zbyszewski would close this chapter of Marvel television on a high note. Unfortunately, even franchise diehards will struggle to find much value here.

“Helstrom” centers on Daimon and Ana Helstrom, estranged siblings with vaguely described supernatural powers. Daimon (Tom Austen) is an ethics professor and exorcist, while Ana is a goth, Silicon Valley-type with a fun haircut who murders criminals. The duo reunites to aid their demon-possessed mother, Victoria (Elizabeth Marvel), who has been locked away in a psychiatric facility for two decades. (Marvel, in the show’s standout performance, admirably juggles what is essentially two roles at once.)

What follows is part demon-exorcising procedural, part family drama, and neither are properly executed. Though Daimon monologues early in Episode 1 about the tired horror tropes he sees right through, “Helstrom” is an uninspired take on all things demonic. The demons, who almost exclusively inhabit ordinary human bodies, do little beyond speak in unsettling voices and perform rudimentary feats of telekinesis. Characterizing forces of absolute evil is no easy task, but it takes too long for the demons’ plan to become apparent, and the entities never serve as an engaging foil to the show’s protagonists.

Neither Daimon, Ana, or the rest of the show’s do-gooders fare much better. Austen’s take on the demon hunter is gratingly bland; Daimon meanders about performing exorcisms and video game fetch quests. (This show has not one, but two, demon-stopping MacGuffins.) He’s joined by Vatican agent Gabriella (Ariana Guerra), whose fish-out-of-water arc is far too predictable. Lemmons’ Ana fares a bit better, if only because the writers give the character some personality, albeit a consistently unpleasant one. Regardless, neither the Helstrom family or the show’s other subjects come off as believable characters with lives or personalities that exist beyond the mission of each episode.

Worse still, those missions don’t add up to much. There’s talk about the demons reigniting an ancient war against humanity or whatnot, which sounds pretty troubling, but “Helstrom” is never as scary as that concept would suggest. There are a few instances of mild self-mutilation, a handful of predictable jump scares, and a one-eyed skull that makes a man eat a dead spider, but “Helstrom” never strives to unsettle all but the most horror-adverse of viewers. There are scenes in Marvel’s “Daredevil” that are considerably more grotesque than what’s on display here. This is a show that mostly takes place in a psychiatric hospital — complete with a spooky underground lair! — and features a climax involving a haunted house at an amusement park. To call it by-the-book horror would be an insult to the book.

Devout Marvel fans won’t be rewarded for overlooking these issues. There’s nothing to tie “Helstrom,” which was executive produced by former Marvel TV boss Jeph Loeb, to the rest of the Marvel Cinematic Universe beyond a meaningless reference to the Roxxon Corporation. The show isn’t particularly faithful to the comic books (which were much more colorful and vibrant than Hulu’s adaptation) and doesn’t have much to say about religion, demons living among us, or just about anything else, either. 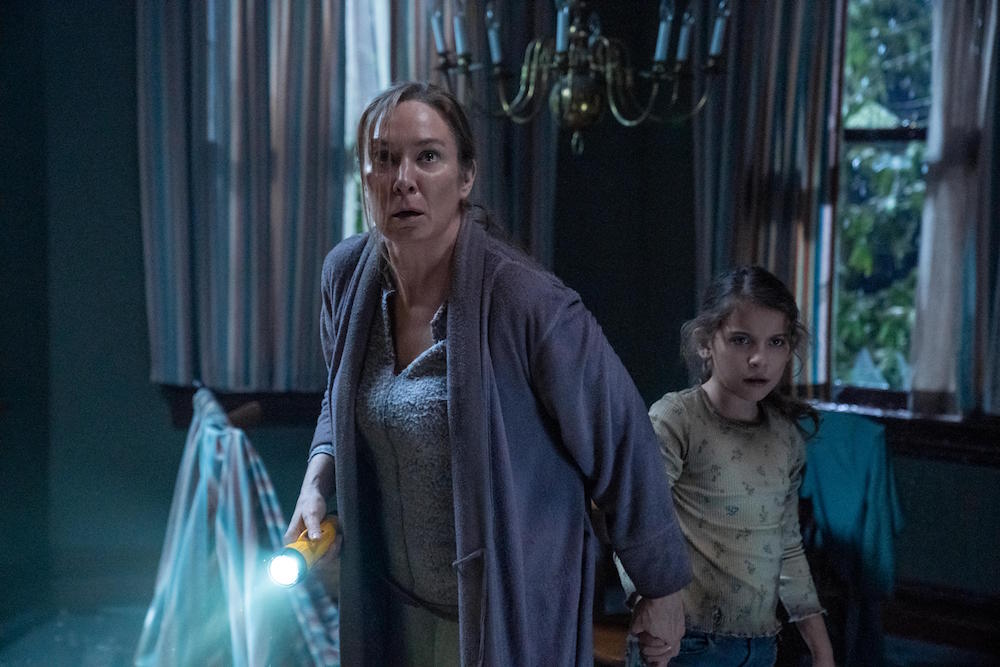 The lack of horror and drama aside, “Helstrom” simply isn’t shot well. Most of the show’s scenes have an overwhelming blue tint or are set in near-darkness. Such abysmal lighting is a massive, persistent issue and it’s nigh-impossible to tell what’s happening during a variety of pivotal scenes — even the horror-centric moments are offset by the complete lack of visibility. “Helstrom” makes Netflix’s MCU shows look blindingly bright by comparison, making this the franchise’s drabbest, dreariest looking television project by a considerable margin.

Furthermore, awkward editing is also a persistent issue throughout all 10 episodes. Dramatic, action-oriented, and ostensibly scary moments are frequently cut short and the interruptions kill any semblance of the show’s pacing rather than creating tension or suspense. Sometimes, scenes are cut short only to begin again immediately. This is presumably for commercial breaks (Hulu does have an ad-supported tier, after all), but those ads can come at any time, meaning there have to better moments than these. Rapid cuts also derail the show’s few fight scenes; actors grimace as they do telekinesis at one another, amid a bit of punching, but supernatural demon hunting has never felt so low-energy.

Things pick up a bit in the show’s final few episodes — when the pacing speeds up and there are some tangible stakes for the protagonists — but by then, it’s far too little, too late. Any goodwill the show manages to build up is ruined by its final few minutes that are desperate to put the pieces in place for a sophomore season: A main character’s alliance predictably shifts, a loose end that was the focal point of the show’s last few episodes is left unresolved, and a few confusing concepts and cliffhangers are introduced.

“Helstrom” hasn’t been cancelled yet, but given that Marvel has aggressively distanced the MCU brand from the series’ marketing and already killed off all of the franchise’s other non-Disney+ shows, it seems unlikely that Daimon and Ana’s story will be continued in any capacity. If Season 1 was a sign of things to come for Marvel Comics’ most well-known demon hunters, maybe that’s for the best.

“Helstrom” Season 1 is now available in full on Hulu.

Sign Up: Stay on top of the latest breaking film and TV news! Sign up for our Email Newsletters here.