Episode three of It’s A Sin dealt viewers a shocking, gut-wrenching storyline, as a key character and resident of ‘The Pink Palace’ was diagnosed with HIV/AIDS.

*It goes without saying, but huge spoilers ahead for those who haven’t yet watched It’s A Sin episode three.*

What happened in It’s A Sin episode three?

It’s A Sin episode three begins in March 1986 as Ritchie (Olly Alexander) auditions for acting roles in London, while across the city Roscoe (Omari Douglas) has just spent the night at a swanky flat, whose politician owner (played by Stephen Fry) he later meets.

Colin (series standout Callum Scott Howells) was fired at the end of episode two, after his creepy boss spotted the AIDS literature Colin had sourced in New York at Jill’s request. But the Welsh 20-something is still cheerful at the start of episode three, and has even been promoted at his new workplace, the local print shop.

However, the plot takes an unexpected turn when Colin has a seizure at work, collapsing on the floor, before later suffering with hallucinations. He has another stroke back home in Wales, where his mother learns his diagnosis: HIV/AIDS.

Colin is deemed a “public menace” and locked away in hospital, where he’s left in a sparse-looking room reminiscent of the one his former mentor (Neil Patrick Harris) died in at the start of the series.

Meanwhile Colin’s struggling mother is ostracised and sent excrement through the letterbox (apparently by her neighbours after they learn of Colin’s diagnosis), but Jill (Lydia West) comes to the rescue, contacting lawyers and ensuring that Colin is let out. 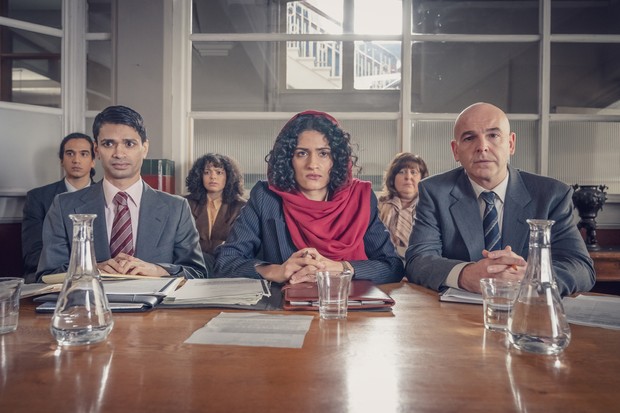 In a heart-stopping, tearjerking scene, a confused Colin is officially released and reunited with his mother in his hospital room, where he breaks down in tears: “Oh mammy, make them do something! I don’t want to die.”

Near the end, he begins talking about “the football shirt,” but his Pink Palace family can’t understand what he’s trying to say. It’s only after Colin dies that the viewer learns what he was talking about.

Right at the beginning of the series, we saw Colin checking out his landlady’s surly adult son, who was wearing a football shirt. And in a flashback in episode three, we learn that Colin had slept with the young man and probably contracted HIV from him, as the same landlady is spotted marching into the AIDS ward, presumably to visit her son.

Was It’s A Sin episode 3 based on real life? 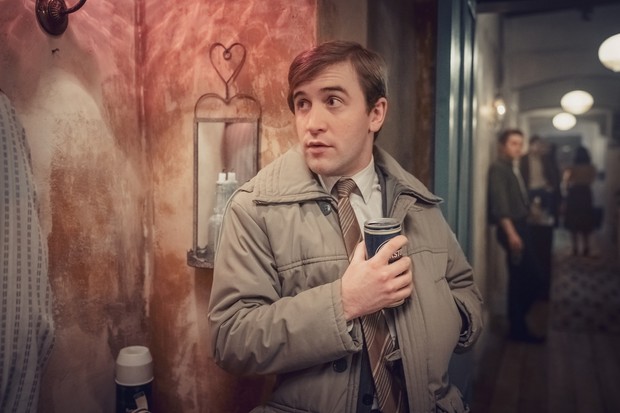 While Colin is a fictional character created by Russell T Davies, his plight appears based on a real-life case from the 1980s.

In 1985, Conservative Minister for Health Ken Clarke enacted powers to keep AIDS victims in hospital against their will. These powers were later used in Manchester, when a 29-year-old gay man with AIDS requested leave to go home for the weekend, and was instead detained in Monsall Hospital’s isolation unit.

As creator Russell T Davies wrote in The Guardian: “Back in the ’80s, amazing work was being done by unsung and unfunded crusaders. In 1985, a man with AIDS was actually imprisoned within a British hospital, the Monsall in Crumpsall. At the request of the man’s consultant, a court order was granted to lock the door and refuse him the right to leave. The case became one of the first activist uprisings. Gay groups organised and campaigned. Ten days later, the order was withdrawn. The fightback was just beginning.”

It’s A Sin continues Fridays at 9pm on Channel 4, with all five episodes available now on All 4. Looking for something else to watch? Check out our TV Guide.