0
– Ronaldinho has previously tried his hand in music, releasing his first song back in 2016 – However, unlike his otherwise successful football career, his music journey has not flourished as much – His decision to fully focus on music came just months after he was released from a Paraguay prison PAY ATTENTION: Join Legit.ng…

– Ronaldinho has previously tried his hand in music, releasing his first song back in 2016

– However, unlike his otherwise successful football career, his music journey has not flourished as much

Brazil football legend Ronaldinho is looking to revive his rapping career after he recently featured in a rap song.

The World Cup winner is turning his focus on music months after he was released from jail in Paraguay.

According to SunSport, Ronaldinho has already outlined his new path as he plans to release eight songs this year.

Recently, he managed to steal the show after he made a video appearance in Tropa do Bruxo’s latest song. 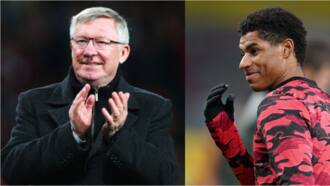 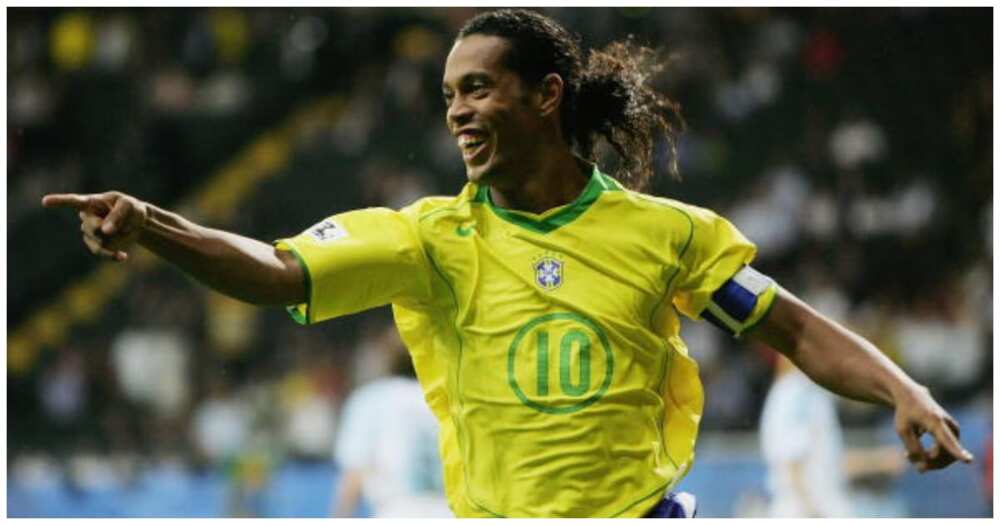 Ronaldinho has previously tried his hand in music, releasing his first song back in 2016. Photo by Stuart Franklin.
Source: Getty Images

In the video, the Barcelona icon can be seen surrounded by skimpily dressed women as he donned his signature Kangol hat.

This would not be the first time the legendary forward will be venturing into music having tried his hand in the industry nearly four years ago.

At the time, Ronaldinho created an anthem for the athletes during the Paralympics hosted in Rio de Janeiro, Brazil.

The ex-footie joined forces with other musicians including Khama and Pablo Luiz to produce the tune championing the attributes of the athletes who competed in the edition.

The song, titled ‘I come from the world, a winner’ was produced in Portuguese, with Ronaldinho revealing at the time he was inspired by the determination and courage of the athletes to sing the song.

A year later, he launched his first sing titled Sozinho which translates to ‘alone’ before he hit the studios once again in 2017 to sing about politics just months after he ran into trouble with the government.

The 40-year-old has never hid his admiration for music, listing rap, hip hop and R&B among the genres he loves during an interview with Globo.

“Music is my passion and being in that environment is what matters to me. And we still have 8 releases of the project, we are taking care of everything with great affection.”

It remains unclear if his time in prison may have inspired him to make music.

Legit.ng earlier reported that Aaron Samuel has just shown that he is not just a striker whose aim is to score goals after releasing a new single ‘Chocolate’ with Peruzzi.

The 26-year-old who won seven caps for the Super Eagles and scored two goals still plays topflight football with Chinese League One side Changchun Yatai.

The ex-Shooting Stars and Dolphins striker dropped a short video clip of his song on his Instagram handle which had the feel of rhythm and blues.