Princess Charlotte of Cambridge resembles a young Prince William in a new photo taken for the family’s Christmas card. The Duke and Duchess of Cambridge and Charlotte, Prince George, and Prince Louis posed for the photo earlier this year outside their family home in Norfolk, England. The Duke of Cambridge previously mistook a photo of…

Prince William and Kate Middleton have released their family’s official Christmas card, featuring a photo of themselves and their children, Prince George, Princess Charlotte, and Prince Louis.

The photo, taken earlier this year at Anmer Hall in Norfolk, England, shows just how grown-up the Cambridge kids are getting — and fans can’t help but debate which members of the family they resemble.

While the youngest child Prince Louis (age 2) has been compared to the Duchess of Cambridge’s father, Michael Middleton, it’s Princess Charlotte (age 5) who has received the most comparisons to members on the royal side. 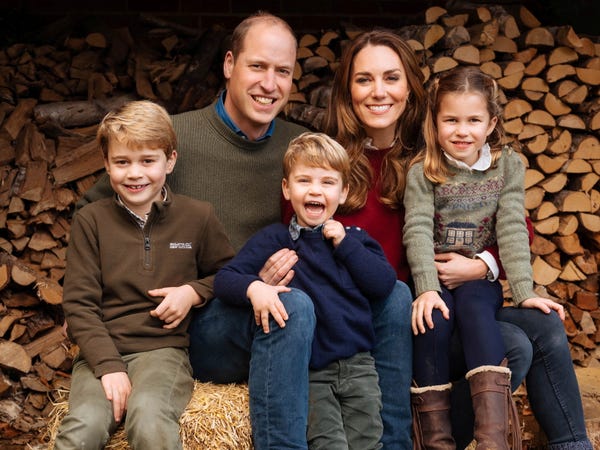 While some royal watchers say Charlotte resembles her great-grandmother, Queen Elizabeth, comparisons have also been drawn between the 5-year-old and Princess Diana. Photos of Charlotte when she was a toddler shows her hair and facial features resembled her late grandmother’s at a similar age.

However, this photo could suggest that the young royal looks most like her father.

Charlotte’s facial features — including her eyes, nose, and lip shape — are similar to William’s features when he was young.

The duke acknowledged the resemblance previously, when he mistook a photo of himself for his daughter back in January. 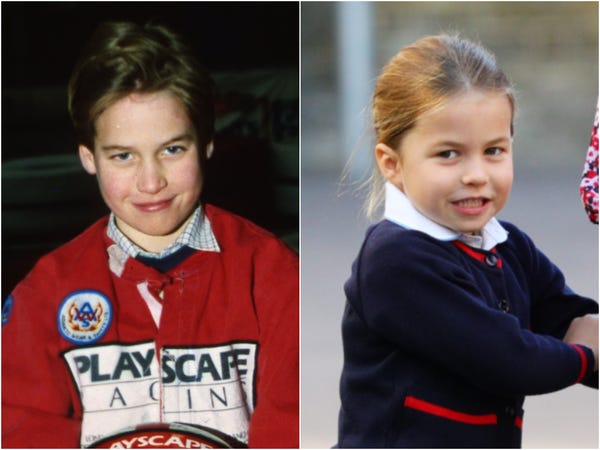 William mistook the photo on the left for a picture of his daughter.

William was shown a photo of himself (above left) during a visit to Khidmat Centre in Bradford, England. He reportedly asked: “Is that me? Or is that Charlotte? Is that me?” according to the Daily Mail.

“Is that me? Oh my goodness that looks just like Charlotte, that is incredible,” he added.

The family’s Christmas card was leaked on social media before it was officially released on Wednesday evening. There have been rumors that the couple distributed the card to National Health Service workers during their highly controversial royal train tour across the UK earlier this month, Insider’s Darcy Schild previously reported.

“Here is this year’s official Christmas card from The Prince of Wales and The Duchess of Cornwall. The photo was taken in the garden at Birkhall, Scotland,” a spokesperson for the couple wrote on Twitter.

—The Prince of Wales and The Duchess of Cornwall (@ClarenceHouse) December 16, 2020

In the photo, the couple sit on a bench and are surrounding by flowers in the gardens of their private holiday estate in Scotland, where they quarantined during the UK’s first lockdown earlier this year.

Our Royal Insider Facebook group is the best place for up-to-date news and announcements about the British royal family, direct from Insider’s royal reporters. Join here.