“Take us to Queens at once!” When Eddie Murphy said those words in the 1988 classic “Coming to America,” no one knew it would be 32 years before we’d see the likes of Prince Akeem, Semmi and the kingdom of Zamunda again. Now “Coming 2 America,” the long-awaited sequel to Murphy’s hit film, is headed…

“Take us to Queens at once!”

When Eddie Murphy said those words in the 1988 classic “Coming to America,” no one knew it would be 32 years before we’d see the likes of Prince Akeem, Semmi and the kingdom of Zamunda again.

Now “Coming 2 America,” the long-awaited sequel to Murphy’s hit film, is headed to homes across the country on Amazon Prime Video.

Amazon Studios has shared photos that offer a first look at the movie, which sees the return of Murphy alongside a series of actors from the original cast. 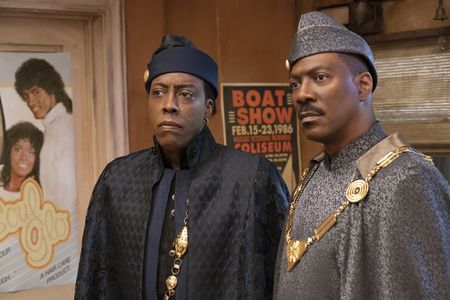 Eddie Murphy is back as Akeem and Arsenio Hall returns to play Semmi in “Coming 2 America.”Amazon Studios

In the first movie, Murphy starred as Prince Akeem, an African royal looking for a bride in New York. The film was a mega hit, grossing $128 million in the United States and $288 million worldwide.

Other returning actors include New Jersey’s own John Amos, who again plays Cleo McDowell, Lisa’s father and owner of McDowell’s, a fast food chain that bears more than a passing resemblance to McDonald’s. 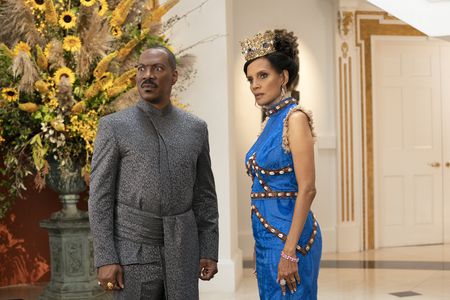 Murphy as Akeem and Shari Headley as Lisa McDowell. Akeem and Lisa got married at the end of “Coming to America.” In the sequel, Akeem finds out about a son he fathered in New York.Amazon Studios

“Obviously the entire country, the world needs some laughter right now,” Amos, who grew up in East Orange, told NJ Advance Media in October. “And there’s no greater source of humor for my money than Eddie Murphy. He’s a genius and a comedic icon of course, justifiably so. So I’m looking forward to the film.”

In addition to Headley, who plays McDowell’s daughter, Louie Anderson, who played McDowell’s employee Maurice in the original movie, is back for the sequel.

“It was like a high school reunion in that I hadn’t seen a lot of these people or worked with them since the original movie,” Amos said. “So it was wonderful to be in everybody’s company again, all of them, because I have nothing but wonderful memories from the first version of ‘Coming to America.’”

Craig Brewer, who directed Murphy in the 2019 film “Dolemite Is My Name,” directed “Coming 2 America.” The movie was originally slated for a Dec. 18 theatrical release from Paramount Pictures. However, with the theatrical experience completely upended by the COVID-19 pandemic, the studio sold the film to Amazon for a reported $125 million.

Photos from the film show Murphy and Hall in royal garb and Headley wearing a crown. Lisa McDowell married Murphy’s Akeem at the end of the last movie after they met when he was working for Cleo at McDowell’s. But their happy ending is interrupted somewhat in the sequel. 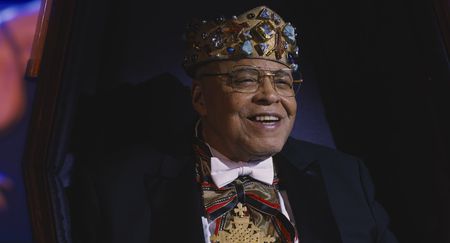 In “Coming 2 America,” which has a screenplay written by Kenya Barris, David Sheffield and Barry Blaustein, Akeem discovers that he fathered a son during an encounter with a woman (Leslie Jones) in New York back in the 1980s.

Akeem returns to the U.S. to search for his son, Lavelle (Jermaine Fowler), the heir to the throne in Zamunda. 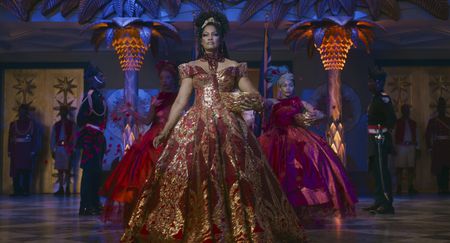 Snipes portrays Gen. Izzi, brother of Princess Imani Izzi, played by Vanessa Bell Calloway in the first movie and sequel (she was supposed to be Akeem’s bride via arranged marriage — you might recall her barking like a dog on command). 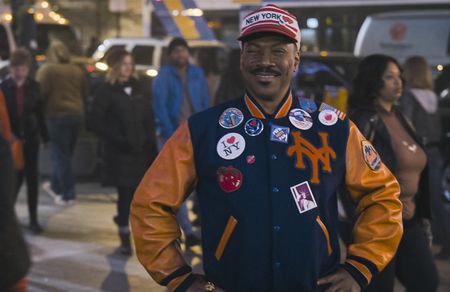 Garcelle Beauvais, who played a royal rose bearer in Zamunda, is also back.

In addition to their main roles of Akeem and Semmi, Eddie Murphy and Arsenio Hall will reprise the roles of barber shop owner Clarence and barber Morris as well as Saul, a customer of the barber shop (Murphy). 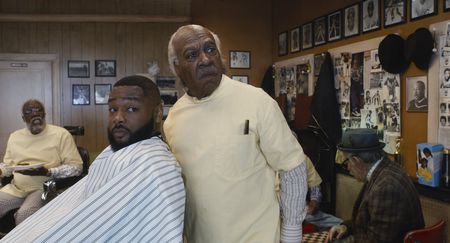 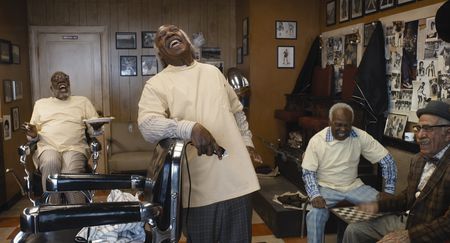 Thank you for relying on us to provide the journalism you can trust. Please consider supporting NJ.com with a subscription.

Amy Kuperinsky may be reached at [email protected] and followed at @AmyKup on Twitter.