When does Riverdale season 5 start on Netflix? How to watch online

0
18 January 2021, 14:57 Is Riverdale on tonight? When does Riverdale season 5 come out on Netflix? Here’s when, where and how to watch Riverdale season 5 on The CW, Netflix and online. Riverdale is back – and after the first three episodes of season 5, nothing will ever be the same. Following delays because…

Riverdale is back – and after the first three episodes of season 5, nothing will ever be the same.

Following delays because of the pandemic, Riverdale season 5 is finally set to return on Wednesday January 20th with a prom, a graduation and a huge seven-year time jump. There’ll also be new mysteries, as well as some lingering ones from season 4 that remain unsolved.

But before we tease what’s ahead, it’s time to ask the most important question of all: When is the next episode of Riverdale on?

The next episode is season 5, episode 1 (‘Climax’) which will see the gang attend prom. This episode was originally meant to air as part of season 4 but coronavirus obviously had other plans…

For all the info on the future episodes, including when the next episode of Riverdale is on, on both The CW and Netflix, scroll down. You’re welcome.

When does Riverdale season 5 come out? 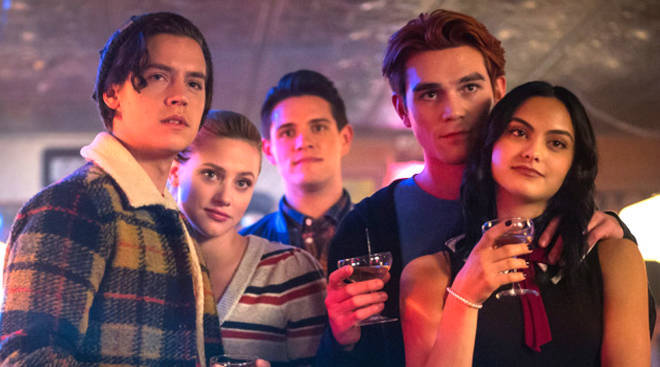 Riverdale season 5: When is the next episode on Netflix?


When is the next episode of Riverdale?

The next episode of Riverdale will air on Wednesday January 20th at 8/7c on The CW. It will be episode 1 of season 5 (5×01), titled ‘Climax’ and will see everyone attend prom.

The first three episodes of Riverdale season 5 are leftover episodes from season 4. The time jump will happen in episode 4.

Here are all the season 5 episode titles that have been announced so far:

What time does Riverdale come out on The CW & Netflix?

Riverdale airs on Netflix in the UK just a couple of hours after each episode premieres on The CW in the US, which will be at 8pm (ET).

For those in the UK, that means new episodes usually drop at 8am. If you live in Europe, new episodes will arrive at 9am (GMT+1). Season 5 episode 1 will air on Netflix in the UK on Thursday 21st January at 8am.

Will Riverdale season 5 be on Netflix in the US?

Yes! The entirety of Riverdale season 5 will be released on Netflix in the US after the season finale which will likely be in May/June 2021. All episodes will be available in one go and will not be released on the streamer on a weekly basis.

What channel is Riverdale on?

Riverdale airs on The CW! You can also rewatch episodes on The CW app after they’ve aired on TV.

How many episodes are in Riverdale season 5?

What will happen in Riverdale season 5?

As we already know, the first three episodes of season 5 will be what we should have seen at the end of season 4. We’ll see the gang go to prom, graduate and go their separate ways. We’ll also see Skeet Ulrich’s final episode as FP Jones in 5×03, and dive into Toni’s backstory (at long last!) There will also hopefully be a resolution to the creepy videotape mystery too. Fingers crossed we’ll find out what’s happening between Charles and Chic.

In episode 4, the show will then flash forward seven years. All our fave teens will return as 25 year olds and it appears as though some of them will be working as tutors at Riverdale High.

Archie Andrews (who also joined the Army), Betty Cooper (who is also working as an FBI trainee) and Jughead Jones will all return to Riverdale to teach, per this teaser posted by Roberto Aguirre-Sacasa. It also looks like Kevin Keller is a teacher too.

Veronica Lodge will be married to Chad Gekko, who’ll be played by The Perfectionists actor Chris Mason. Chad is “an Alpha dog, [who] is threatened by Veronica’s life in Riverdale, especially her friendship with Archie.”

Not much has been revealed about 25-year-old Cheryl Blossom just yet, although it appears that she is a cheerleading coach thanks to a teaser clip. Is she coaching for a rival school based on that red outfit? Or is that just classic Cheryl?

Toni Topaz will finally claim her crown as the Serpent Queen. In the flash forward, it’s been revealed that she’s living with Fangs Fogarty and Kevin, instead of Cheryl. Vanessa Morgan’s real life pregnancy will be written into the show, which means we’ll be seeing pregnant Toni. Toni is also now the cheerleading coach at Riverdale High.

Pop Tate’s granddaughter Tabitha Tate (Erinn Westbrook) will be rolling into town too. She takes over Pop’s Chock’lit Shoppe in the hopes of franchising the iconic small town diner.

The main villain for the season is also set to be a mysterious truck that cruises the “Lonely Highway”. A few teaser images have been shared of the truck, including one of a blonde woman running away from it. Is it Betty? Polly? Alice? Give the Cooper girls a break, I’m begging you x